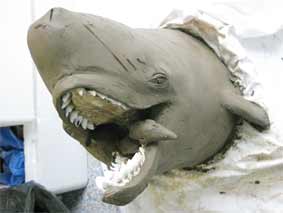 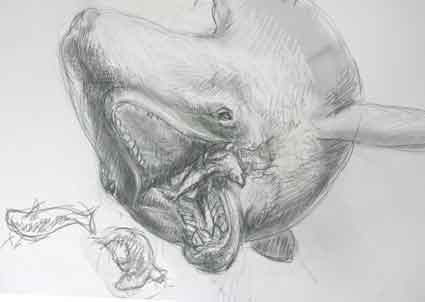 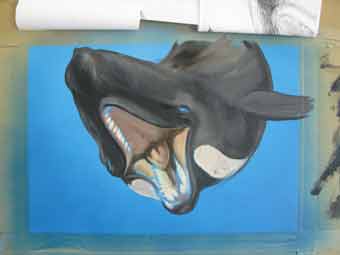 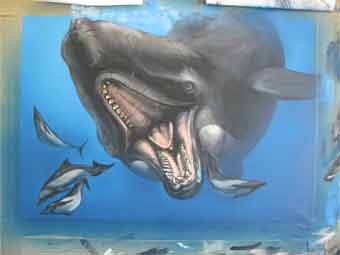 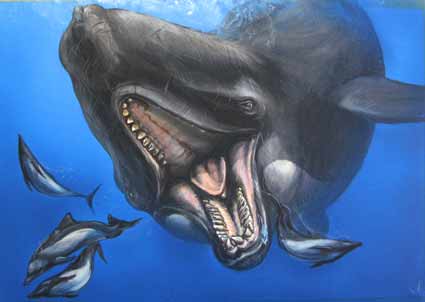 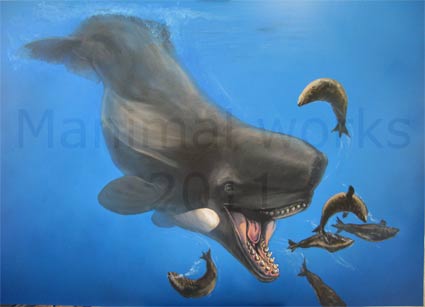 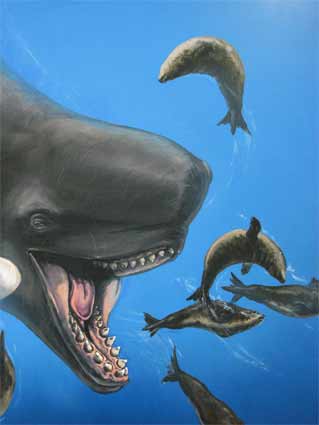 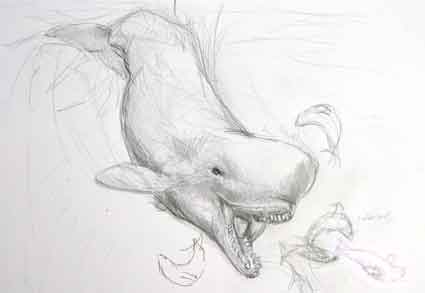 The basis for this reconstruction was the living Sperm whales. We tried to get a good reconstruction by adding the data that the skull from Peru gave us. The scientific guidance was, mostly, done by Mr. K.Post. He was the person that found this skull and had oversight in the cleaning. We have tried to give a general idea of the animal. And to give a good few on the lower jaw. It seems obvious that this animal fed on the fin whales that, in response, grew bigger to protect them. We are sure that it would try to eat every, reasonable size animal it met and it could. It seems to be a top predator at this moment in time.